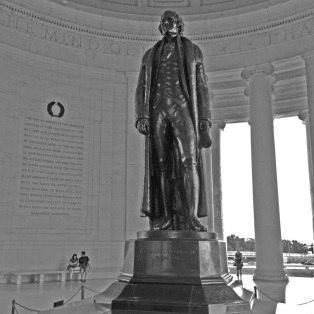 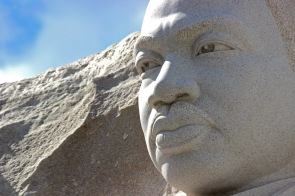 Recently I spent a few days in Washington DC with my mom. We visited a few friends, toured some monuments and museums, and ate some fantastic food.

It started in the early afternoon when I arrived downtown by car after spending the weekend in Annapolis for a wedding. I met my mom at the lobby of the hotel, where she had arrived after visiting with some of her friends Karen and Asir. At the hotel I was also able to catch up with my old AmeriCorps teammate Jerry, his wife and their new baby boy. The 7 of us walked around the corner to a coffee shop for sandwiches and drinks, sat outside and caught up a bit. I hadn’t seen Jerry and Shannon since our AmeriCorps Team Leader’s wedding a few years ago, and it was good to catch up and meet his little boy.

Since they had to get back home for nap time, Jerry, Shannon and the baby went on back home and my Mom and I got a ride with Karen and Asir to Georgetown. It was a beautiful summer day, and Wisconsin Street was bustling with people and cars. We chatted and window shopped and people watched and enjoyed the old architecture and historic streets. We stopped into a local bar for a beer and to chat before they gave us a ride to a metro station that took us back to the hotel.

After resting and getting ready my mom and I walked about a mile and a half to grab dinner at Cava on Capitol Hill. I had been to another of their locations in 2009 after attending Obama’s first inauguration. The food is really great. Its the kind of place you can spend $100 and a few hours and feel like you’ve experienced something unique. We got tapas to share, various dips and olives, zucchini fritters, roasted cauliflower, “lollipop chicken” and lamb chops on the bone. We enjoyed a really nice meal outside on the sidewalk and washed it down with cucumber mojitos.

The next day we got up early and rented bikes for the day. It was another clear, beautiful summer day, perfect for bouncing from site to site with only a general idea of an itinerary.  From the bike shop outside Union Station we made our way first to the “National Building Museum” and briefly visited the cavernous interior with it’s massive columns. Next stop was Ford’s Theater, where we learned about Lincoln’s presidency in the basement museum and learned more about his assassination after viewing an excellent performance by a historian on the stage of the actual Theater.

From there we rode past the White House, and made a quick stop at Farragut Square, which by that time was lined with food trucks. We split a small mediterranean salad before continuing up to check out the interior of the Mayflower Hotel, and also a quick stroll around the headquarters of National Geographic, which was displaying an interesting array of nature photos themed “Lions, Tigers and Bears.”

After spending most of the morning traversing busy city streets and sidewalks, heading south to the National Mall we were able to get a little more space around us while biking on the broad, beige graveled paths on our way to the National Archives. There after a short line we were able to see and read the Declaration of Independence, the Constitution and the Bill of Rights. It was very cool to see the actual handwriting of the founding fathers, and their signatures.

We had a lunch of sandwiches outside and continued around mall, past the Washington Monument covered in Scaffolding (repairs from the earthquake a few years ago), making our way to the new Dr. Martin Luther King, Jr monument, still under construction but impressive.

The quotes engraved along the wall are inspiring, however they also make me question the lack of progress we’ve made as a global society. “An injustice anywhere is a threat to justice everywhere” is easy to agree with, but with over 100,000 people killed in Syria alone over the past year or so, it seems the words aren’t being fulfilled. I’m not an expert on race, but it is amazing that in a country where many of these monuments were built by the labor of slaves, here stands a monument built to honor a man who epitomized the movement of racial equality, and is governed by the first African American to hold the office of President. As a country we’ve made progress, but the journey isn’t over.

From there we continue west to the iconic Lincoln memorial overlooking the reflection pool. Like MLK, Honest Abe is surrounded by scaffolding too. Not due to construction but due to vandalism over the last week or so. We visit the step where MLK gave the “I have a dream” speech almost 50 years ago and take photos, inspired in part because Dr. King was a student of my great grandfather, professor Dr. Edgar Brightman, at Boston University.

We make a quick stop for a cold beer outside before continuing along the Tidal Basin, visiting Franklin D. Roosevelt’s Memorial and then that of Thomas Jefferson, taking care not to fall into the water along the fence-less sidewalk.  From there we cruised the national mall back east, and returned the bikes to union station.

That night we walk to Chinatown and split a few entrees as well as a 48oz tropical drink served in a volcano shaped bowl, complete with 2 foot long straws and flames in the middle.

The next morning we brave the clouds and make our way back over to Capitol Hill, wondering the more residential streets and visiting the Eastern Market, a pottery store and then a corner shop for breakfast and some friendly advice about cool things to check out from some of the employees. From there we stop at a cool retro themed place on 8th street where we pick up some homemade pop tarts for later. We take the Metro to L’Efant Plaza and spend a few hours in the Air & Space Museum. It’s a very impressive display of aviation history, artifacts, and hands on exhibits. We see the Wright Flyer and watch a short IMAX movie about the history of flight before snacking on our Poptarts.

The rest of the afternoon we wander around the Newseum, a modern and high tech building honoring “The Fourth Estate” of our government –  a free and open press. After working in television for the past 7 years I was intrigued by the museum and wasn’t disappointed. Along with interactive displays on the history of old and new mediums of communication, we saw historical artifacts from the Berlin Wall, 9/11 and field journalism in the middle east.

That evening it’s tapas again, this time at the Spanish themed Jaleo and again we aren’t disappointed. The atmosphere is buzzing and colorful, the bartenders friendly, and we enjoy an impressive spread: sauteed cauliflower with dates and olives, roasted eggplant with sweet onions and sherry dressing, warm spinach with pine nuts and apples, spiced chorizo with garlic potatoes wine and their signature sangria. A great meal to wrap a up a great trip.